This morning we woke up, ate breakfast, and quickly made peanut butter and jelly sandwiches to get ready for the beach! The ride to the beach was about an hour long, but it went by pretty fast because we were practicing our EE, talking, and listening to music along the way. When we arrived, there was a nice walk leading to a spectacular beach. The beach was really calm, because there were big rocks surrounding it. There was also a really nice view from the top of the rocks, and we could jump off the rocks into the crystal clear water below.  Today was a spiritual experience like no other.  While there, we had the opportunity to express our faith with people of all sorts.
Personally, I (James) received inspirational advice from a man named Augustine.  He explained how he wasted the first 30 years of his life and how it would be better for young people to commit their life to him and avoid some of his mistakes.  He met his wife and came to Christ through the church.  I was able to tell his grandson, who was my age, about Jesus and explain the Gospel in a simple but powerful way.  I encouraged him in how Jesus has saved me and reminded him of God’s love and assurance of salvation by grace through faith.
I (Mia) felt a bit nervous before talking to others about their faith. However when my group just had a conversation and took the time to get to know people, I felt God’s peace over me. The man we spoke to was very understanding, and eager to listen to what we were saying.  We were able to share the entire Gospel with him and pray! Later we went back to the airbnb, to have pizza for dinner. We sang some worship songs and opened the balcony door so that people walking in the town would hear us. It felt like God’s Spirit was flowing through the room. Later, after that, we walked over to one of the best gelato places in Puerto Rico.  I had such a great time today and I’m glad I got to share the whole experience with good friends!
-Written by Mia and James 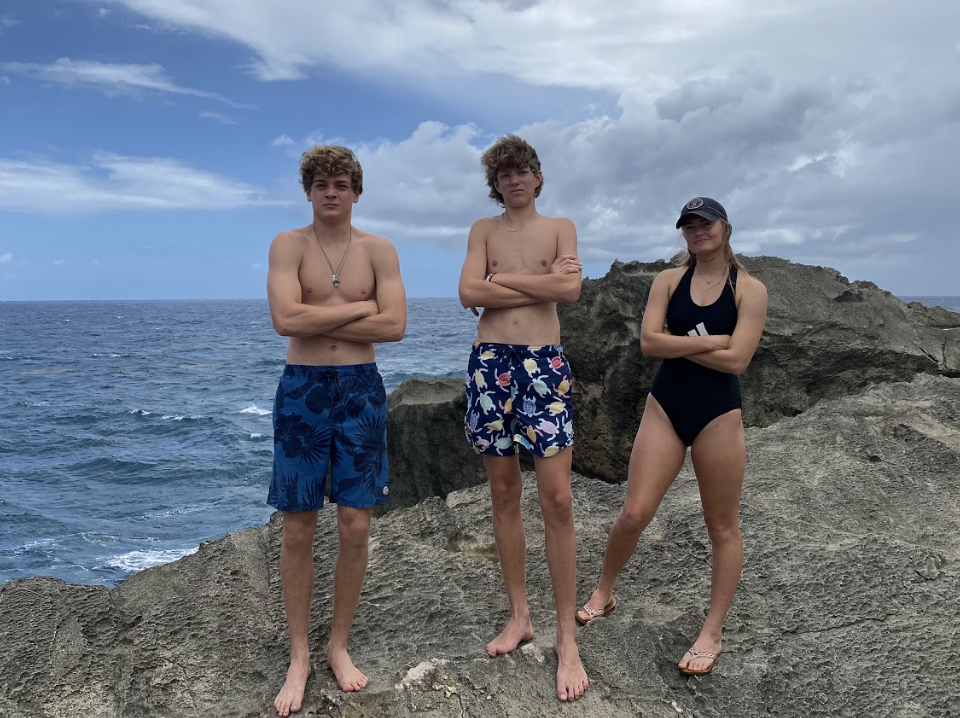